The theater of Itálica began its construction in the time of Cesar or Augusto prolonging itself during almost a century. With a capacity of about 3000 people, the unevenness of the land was used for the construction of the cavea, grandstand. It is located in the so-called vetus urbs, where it was located in the 1930s although it did not begin its archaeological study until the 70s of the last century. It was then when the pilgrim uses that came to be after his abandonment, such as warehouse, corral, cemetery, were discovered. 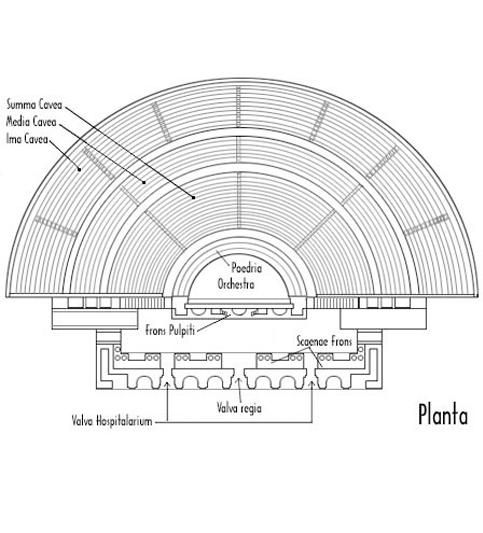