In Itálica, two thermal pools have been found, one in the vetus urbs and other hot springs in the novus urbs. They had a hellenistic gymnasium and spa building, composed in turn by: access area and services; "frigidarium" characterized by a large pool or "natatio"; "tepidarium"; and "caldarium",). The major baths of Adriano's time occupied a large block in the new city. The structure and distribution of the pools and ovens is conserved. The building was large, approximately 32,000 square meters. He came to have a library, a massage room, sauna and changing rooms.

The smaller thermal baths -also called "de trajano", located in the old city, are visible within the town of Santiponce, in Calle Trajano (it is not completely excavated either, since it is under several current houses in use). The visible remains correspond to the central and rear area of the baths, being able to recognize two rooms of warm temperature "caldaria", one tempered "tepidarium" and another one for cold baths "frigidarium" and for the practice of exercises. 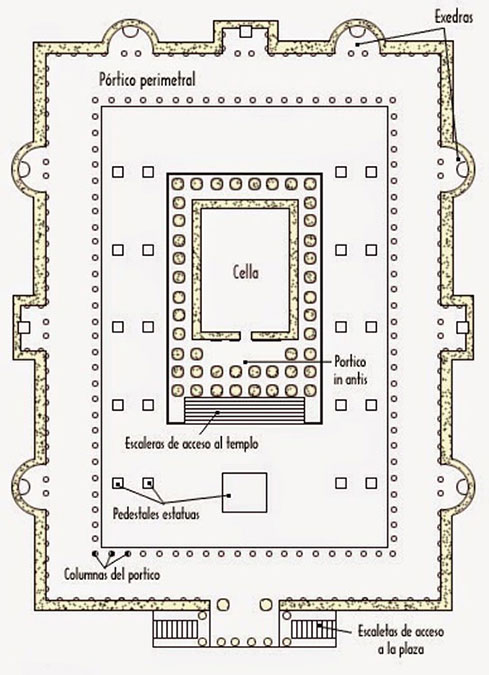